Guest blogger, Michael Rawls shares an engaging way to teach Greek and Latin Root Words. His lesson is inspired by Hope King’s idea {from Elementary Shenanigans}. He has included two amazing FREEBIES in this post… so read to the end!

Why teach Greek and Latin root words? For starters, there has been a big push in our district to focus on teaching Greek and Latin roots. According to dictionary.com, “over 60 percent of all English words have Greek or Latin roots. In the vocabulary of the sciences and technology, the figure rises to over 90 percent.” In that case, beyond district and state mandates, it totally makes sense that students should be taught these roots to make sense of new vocabulary they encounter in both fiction and nonfiction text. 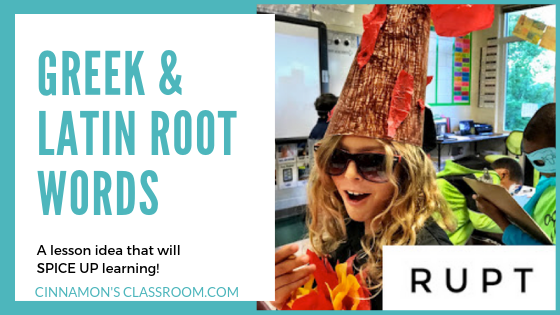 For this assignment, each of my students was assigned a Greek or Latin root (from a list of 30 common, high-mileage roots). I used random.org to generate student numbers. When the student’s number appeared, they got to select the root they wanted to research. I also took the time to show some pictures of students who had completed a similar assignment from Hope King’s blog. This got kids thinking about the creation of their own superhero disguise. 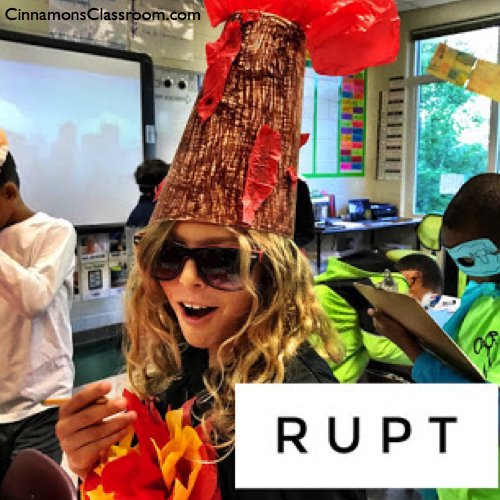 Students were given two weeks to research the meaning of the Greek and Latin root word, make a list of words using the root, and create a superhero character based on the root. The superhero’s costume and super-power had to be directly linked to the meaning of the Greek or Latin root word. Superhero costumes should allow other students in the class to infer what root inspired the disguise without directly giving it away. For example, a crown of pencils might reveal the root graph, a cape with the map of the world might reveal the root geo, or a mask of moons and stars might reveal the root ast. This is where students really got an opportunity to be creative. I required that the costume have at least 2 of the four components (hat, gloves, mask, cape), but most students included 3 or all 4.

Students wrote a short story explaining how the superhero gained his or her superpower, using as many of the root words as possible. Their stories had to fit on a 4 x 6 index card due to time constraints and having 29 students in class! 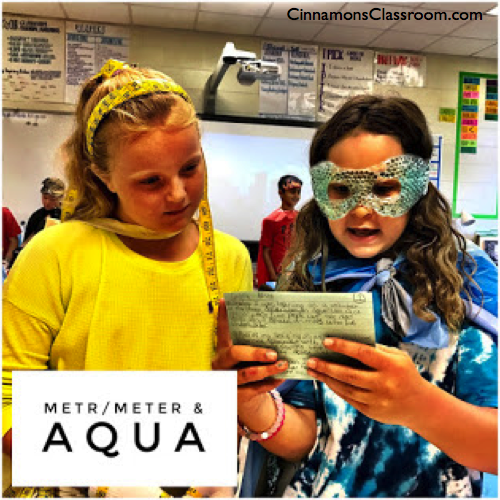 I knew which students in my class would have minimal parental involvement or might struggle finding things around the house or have no access to purchase items for their costumes. To pull together a successful costume, those students were provided with necessary items  (like construction paper, string, craft-supplies etc.).

Students had a recording sheet with all of the Greek and Latin root words that would be presented. This held students accountable for recording the meaning of each root as classmates presented their speeches and costumes.

Now, we have a word wall made of posters of each root. As students discover words with Greek or Latin roots in their own reading or in units or lessons we are studying, they add words to the word-wall. It’s amazing how many of these powerful roots students find in their everyday reading.

Here’s a peek at some of the creative ways my students personified their assigned roots: 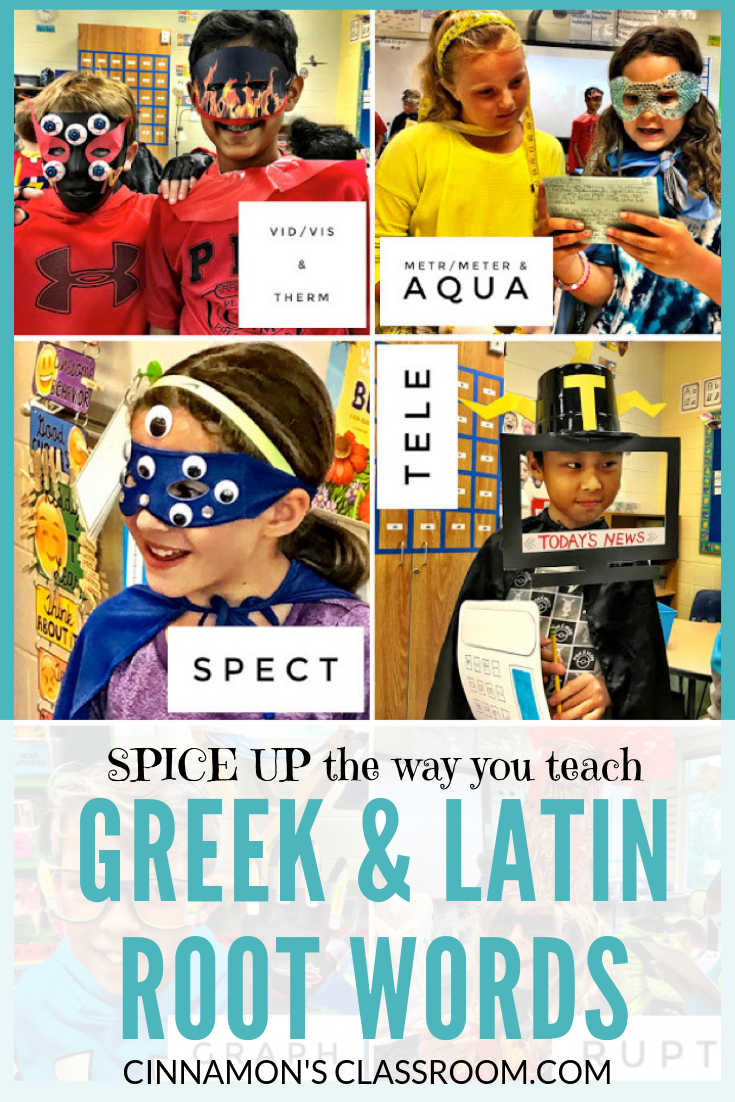 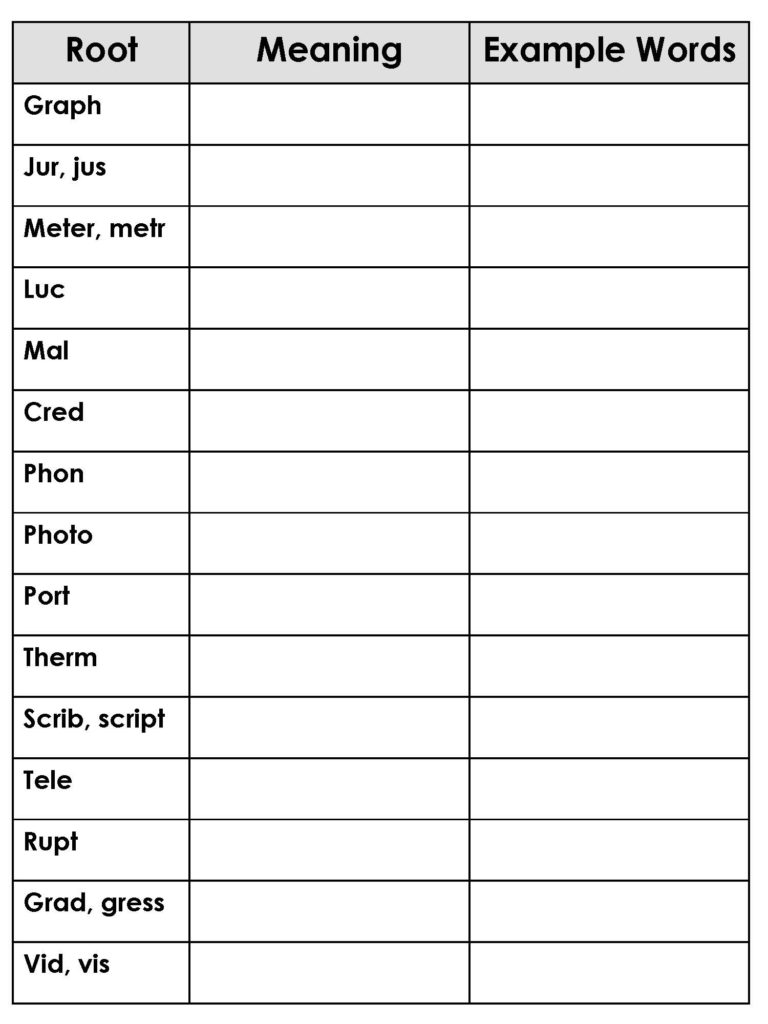 (Note: the black edges appear only in the image, not in the actual download – in case you’re worried about ink!) 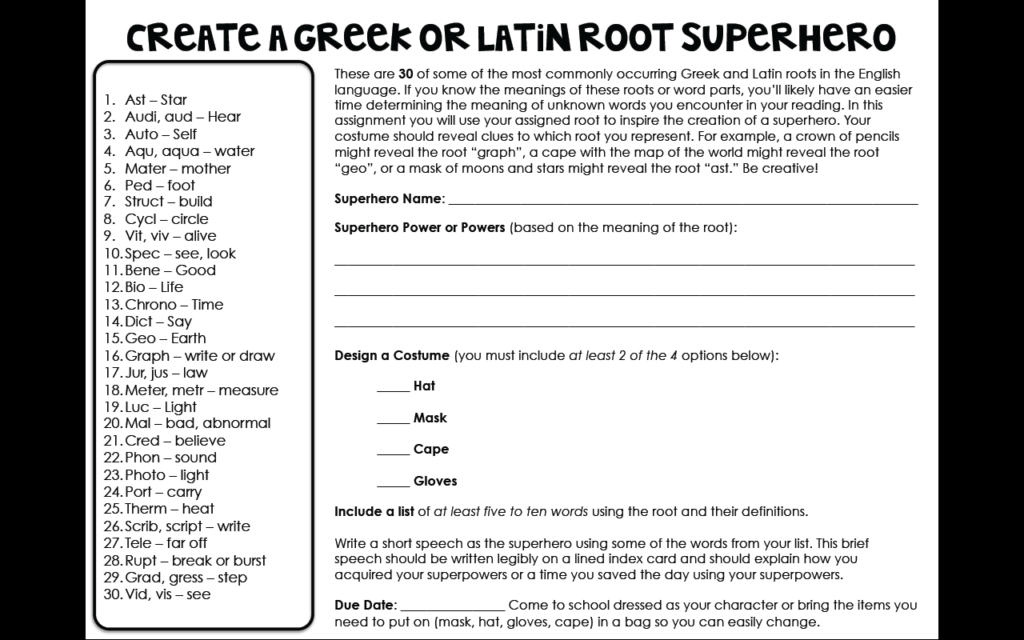 Check out my store! All prices are in Canadian dollars!